Our intrepid adventurers, after taking care of business in Womford*, headed upriver to Rivergard Keep where they headed down to the underground stream.  First, they lured the remaining ghouls to shore where they dispatched them with alacrity.

Paddling a pair of skiffs upriver, they were soon attacked by a tentacle of water (a water weird) that nearly had poor Ganus. Aria managed to get a rope to him though and, though it was a struggle, the water weird was defeated before it could drown Ganus too much.

They were greeted by Eyon, a Dark Knight who promptly leaped astride her battle shark and, lance in hand, charged the skiffs while some Crushing Wave Reavers attacked from shore and a Fathomer turned into a giant water snake to try to crush 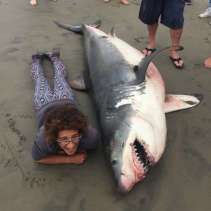 and drown the party members.  This combat was short though, as Ganus told a really bad shark joke that Eyon found to be uproariously funny, nearly drowning as she fell from her shark’s back.  The shark picked her up though, only to be knocked unconscious itself by Ganus next spell.  This, unfortunately, turned out to drown the shark, and its mistress, in short order.  Overall, the combat was short as this party knows very well how to deal with Water Cultists.

The Reavers and Priest of the Crushing Wave in their next encounter met a similar fate in just as short a span.

As they continued to explore the temple, they passed several empty chambers and grew a little overconfident.  At the next room, Telfid peered in through a small window in a metal plate on the stone door and received a crossbow bolt in his face as payment for his nosiness.  After that, the party proceeded with a little more caution.  The foes in this room turned out to be a bit of a challenge too as they included a One-Eyed Shiver 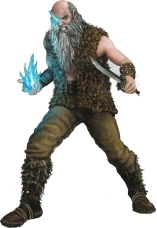 that had duplicated itself 3 times, some Reavers, and another Knight.  Casting Spike Growth and Flaming Sphere into the room had the desired effect of making the enemies targets for the party’s ranged attacks, while the Knight came around the back way and ended up facing off against the more melee inclined party members.  While the Reavers were easy pickings, the Shiver was a little harder to take down, and the Knight was actually a challenge.  But the party emerged victorious.

Continuing north through a hallway that took them, unwittingly, into the Temple of Black Earth where their first encounter was with a grumpy Ettin. 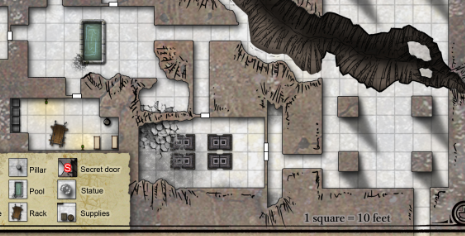 The Ettin turned out to be a bit of a challenge, mostly due to its incredible stamina.  However, it was soon defeated.

Their next encounter brought them face to face with a trio of Earth Cultists and a Stonemelder in a torture chamber.   Due to their ineptitude, the cultists died without lifting a finger.  The Stonemelder wielded some powerful spells, to no avail, as it was taken down as well.  After dispatching their foes, the party was able to address the torture victims and captives:

In a large chest in the chamber, there was some treasure, Orna’s plate armor, Gervor’s studded-leather armor, and a Wand of Winter.

* The business in Womford now has a contract with the Bargewright Inn to make trips upriver for supplies.  This grosses 200gp per 5 days.  Which covers the current cost of the upkeep of the Flying Hippogriff and its crew, and the guards in Riverguard Keep, with some 80gp remaining.